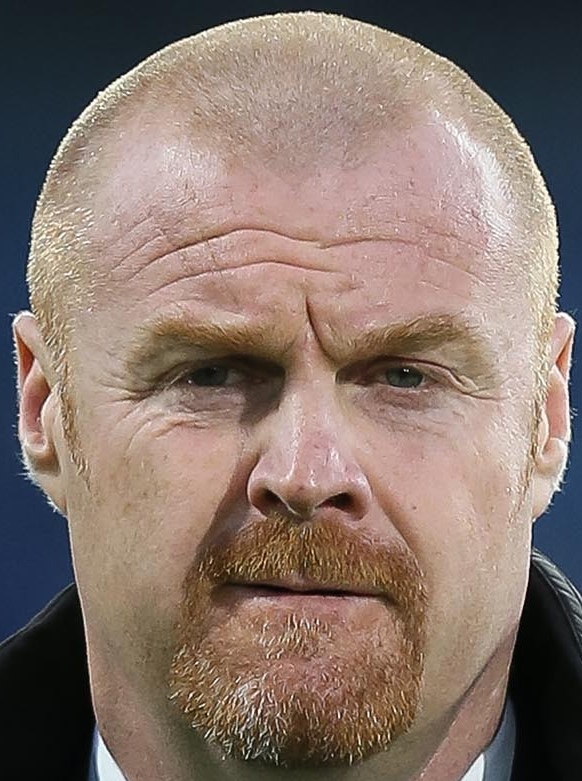 I received a phone call from the landlady of a pub in Burnley and the first question she asked was ” Do you know anything about football?’.      I made a quick calculation that I had successfully avoided anything to do with football for 64 years and answered her question.   She had, therefore, to explain who Sean dacha was and why he was so important to Burnley F C and Burnley.     I was then asked if I could carve a portrait into a standing tree stump in the pub’s garden area.      The pub had originally be called Princess Royal but had been changed to The Royal Dyche 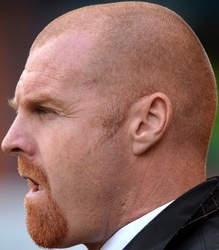 Side view of Sean Dyche

The trees stump was 2m tall and as I cannot carve easily above my head height, I left 30cm above the area to be carved.    At this time we had not decided what to do with it.   I had an idea of a crown to go with the pub’s name – The ROYAL Dyche.     The first two cuts are at right angles as this helps establish the levels of the various features. 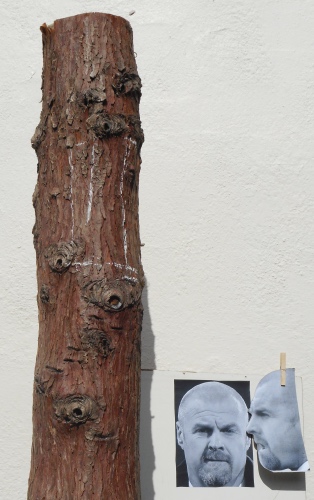 Tree stump 2m tall and images I was using 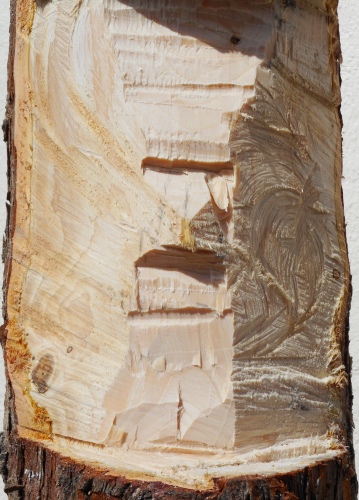 The first chainsaw cuts to establish the basic planes of the face.

From here onwards, I was using the front and side views to get the portrait right.   One element that surprised me was the depth of the space between the nose and eyes.     This only shows the photographs as a very dark shadow. 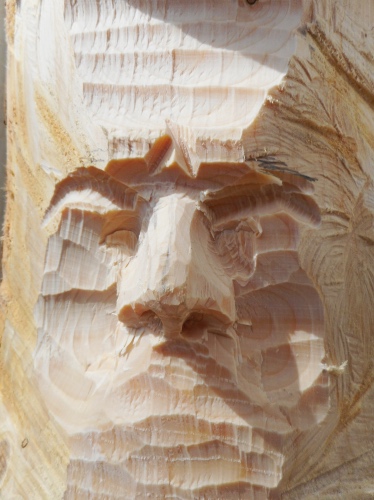 After 4 hours, my concentration was beginning to slip, and it was time to give up before something disastrous and uncorrectable happened.     The carving had all the right elements in about the right places but was not convincing as a portrait.   I went home to sleep on the problem, and my imagination ran riot.   I fancied all sorts of things were wrong.

One of the tricks of the trade is to not carve the back until you are sure of the front of a carving.     If there is something wrong with the front, you can always move the whole carving back a cm, and recarve the front surface.     I did not want to do that as I was being paid by the hour, and I could not really charge for correction of my mistakes.   A Nightmare!! 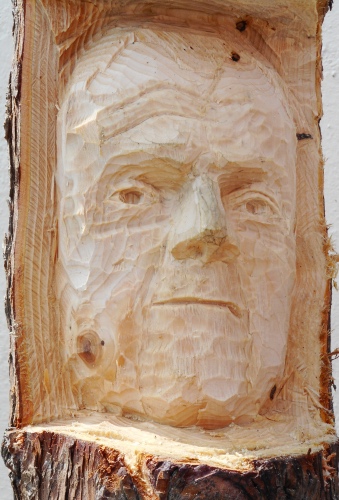 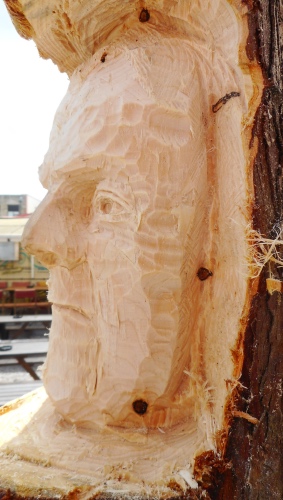 Side view after 4 hours

On my return, the nightmares proved to be just that.   I checked all the measurements and surface heights.   I had to push the eye sockets back perhaps 5 mm, and fiddle with the mouth area.     One of Sean Dyche’s iconic features is his orange/ red beard.    It is not a thick beard that I could have carved easily, but bareley stubble.   I tried various rasps until I found one that gave a reasonable surface texture 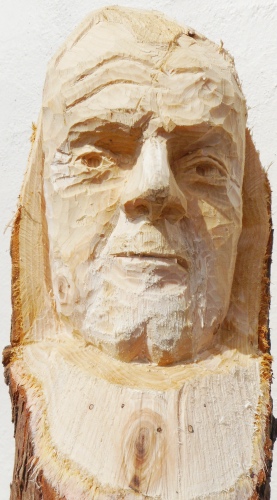 The pub had a painter come in and turn the hair areas red, and a plaque to identify the name of the portrait in case anyone did not recognise it.    They failed to identify me as the sculptor too