I was given the root of a tree, variety not known but probably Sycamore. I turned it so that was upside down and counted the rootlets. There were four that could be arms and one that could be a leg. The rest I had to find within the main block of wood. I thought I was doing very well until some months later, I counted three heads and seven legs. A bit of a redesign was required. The root had been left in the ground for some years after the tree had been felled, and some of the rootlets were a bit rotten. That’s the joy and problem of found wood carving. This carving is part of my own collection so the wood’s deficiencies are of no importance. 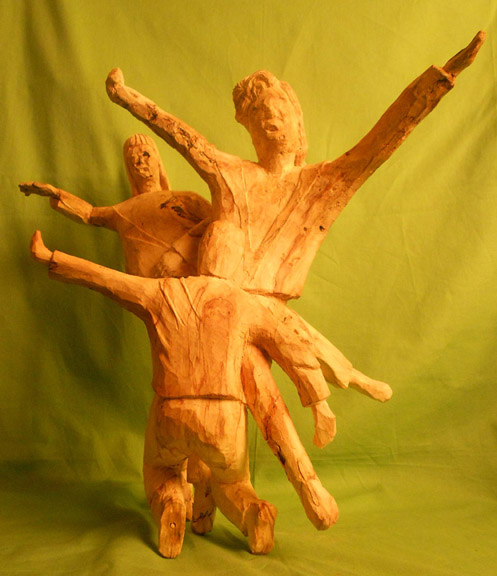