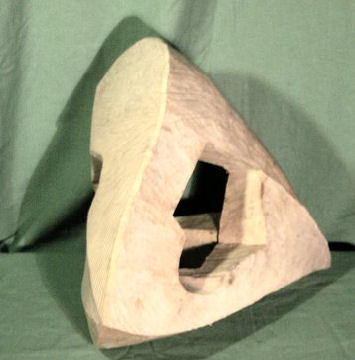 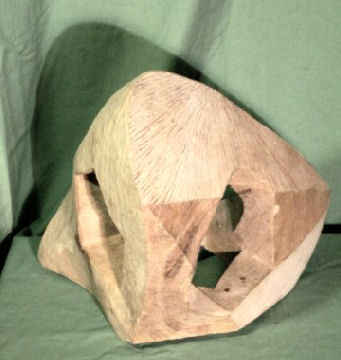 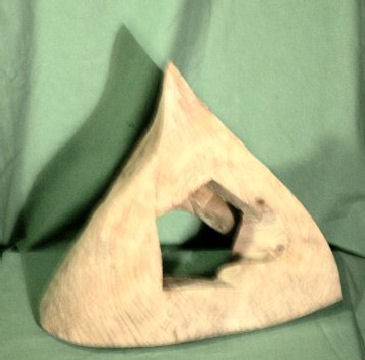 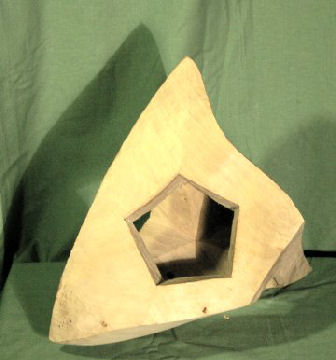 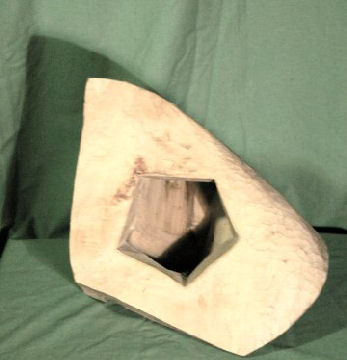 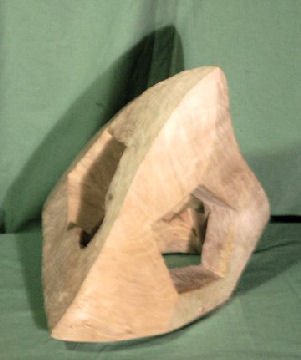 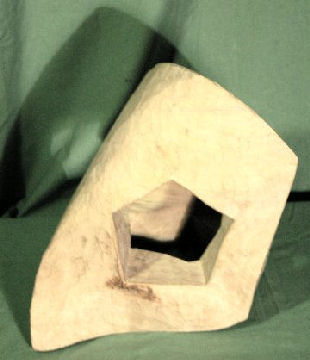 I believe that ‘Tiswas’ is a name for the equivalent of a medieval tank trap. They consisted of four spikes arranged so that whichever way you threw them on the ground, three spikes sat on the ground and one stood upright. Thrown in front of cavalry they would be almost invisible to the rider, but have devastating effects on the horse’s feet. They were a simple device that could be made by any local blacksmith.

I preface the above with ‘I believe’, as I cannot confirm it in any dictionary I possess or can find online. It is, however, known as a ‘Caltrop’ and that is in my dictionary. However, I still prefer ‘Tiswas’ as a contraction of ‘It is as it was’.

All the above has some relevance to the carving as it does not have any designated base and can be placed on any of its four sides. Also, it does not have a front or back. I have had a prototype of this that has been sitting on the mantle shelf for thirty years. I look at it every day and still have not got tired of it. The outside shape is deliberately simple and the same from all six sides. The inside shape is similarly standardised, but move the sculpture round by as little as one degree, and the view through the work to the inside changes massively. That I have not taken the idea further in all that time says something about my thought processes, but I don’t know what.

The Tiswas Pentagon also has thousands of different viewpoints.